What not to look forward to on Valentine’s Day

Today is ‘International Puzzle Day’ (yes I try to do a jigsaw and a wordsearch at least, every day) but here’s a good puzzle – why do people find vampires appealing? Physical, emotional and psychic?

Here’s an example of a very common type of human vampire that the media have always pedaled as attractive (much like Rhett Butler’s rape of his wife and her apparently liking it the next day in one of the most popular films of all time, ‘Golden Hollywood”s Gone with the Wind (1939) – and yes it was ‘legal’ to rape your wife in the UK up until 25 years ago and still is in many parts of the world – and the gang rape in Saturday Night Fever (1997)) and people just eat it up. Buying into this just keeps the abuse going.

Apparently the first book was so badly written it was a wonder as to why it became a bestseller and neither the book/film did anything for connoisseurs of S&M actually annoying and insulting many and yes even anti-feminists agreed. So why the follow-up and why on V-Day? What type of gift is that? “Me caveman, you woman, here come and let me beat you then rape you and make you say you wanted it.” Yeah… No thanks, and die while you’re at it.

And Fifty Shades Darker? Excuse me, darker? Who would fall for that ‘man’ unless under hypnotism/coercion? How is it romantic to watch this? At least in Pretty Woman (1990) (a film I didn’t like and couldn’t see the point in its popularity other that it was a typical boy/girl from different sides meet story) they showed that prostitutes get raped and are human with interests/hobbies instead of glamorizing it. Sidenote – Julia Roberts has done a lot of great feminist films, one in this category being Sleeping with the Enemy (1991). 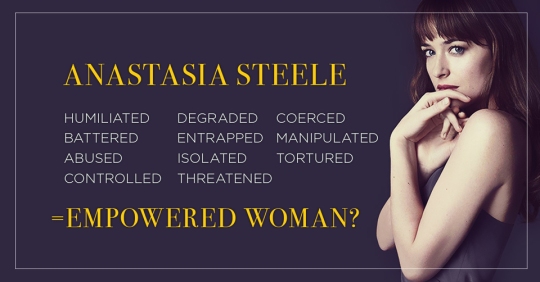 My comment: See how they’ve made her look sultry instead of manipulated? 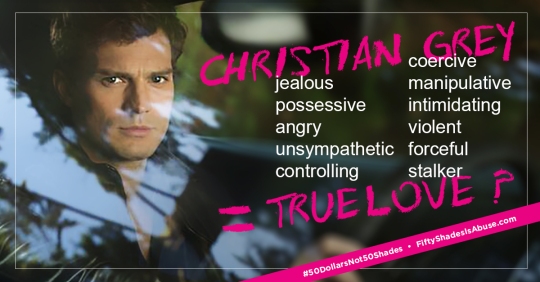 The #FiftyShadesIsAbuse campaign is a global campaign led by London Abused Women’s Centre, Canada, Collective Shout, Australia, and Culture Reframed and The National Center on Sexual Exploitation (NCOSE) and joined by many other groups around the world.

Christian Grey, the male lead, exhibits the traits of an abuser through possessive, manipulative, and coercive behaviors, including frequent stalking. Having introduced a younger, inexperienced college girl to the world of sadomasochistic sexual abuse in the first film, in 50 Shades Darker Christian becomes obsessed with his latest sexual submissive and proposes marriage.

As in the first film, Anastasia Steele, his “lover,” is consistently isolated, threatened, and manipulated, yet she comes back to Christian and agrees to marry him because she thinks her love can change him. As the story progresses, Ana, who was first fearful and disturbed by Christian’s dark and violent sexual practices, gradually comes to desire rough sex.

The 50 Shades series is permeated with graphic scenes of sex and sexual abuse. Its lead male character exhibits classic hallmarks of an abuser, and yet Hollywood is portraying his relationship with Ana as a sexually titillating Cinderella story.

This movie, and the entire Fifty Shades franchise, glamorizes and legitimizes both sexual and domestic abuse. In real life, women in these situations don’t end up like Anastasia—they end up in a woman’s recovery agency, on the run from their abuser or, sometimes, dead.

Help take a stand against the normalization of abusive relationships and join our Thunderclap to schedule the social media post, “It’s time for Hollywood to stop sending the message that domestic abuse is sexy. #FiftyShadesIsAbuse” and visit FiftyShadesIsAbuse.com to find additional ways to get involved.

You can also donate $10, $25, $50 or whatever you can afford to help the women experiencing the real-life version of Christian and Ana’s abusive relationship. Donations can be made to any domestic violence agency in your area – share that you made a donation online with the hashtag #50DollarsNot50Shades so we can help promote it!

If you are in the United States you can find a list of women’s recovery agencies at DomesticShelters.org. There is even a “wish list” of specific items for which these organizations have need.

A trilogy of this rubbish? A Cinderella story? I’m not one for fairytales let alone their programming (and ‘loving’ psychotic handlers, waiting for princes and vampires are part of human culture/legend/history so Fifty Shades pays tribute to that) but I prefer modern takes on them like Brave (2012) and Malificent (2014) (sans Disney who were/are very much part of the problem and they’re begging the re-surging/upcoming Dark Mother planetary re-consciousness for forgiveness whilst acting innocent with Brave and Malificent).

And here are the ‘new’ vampires: 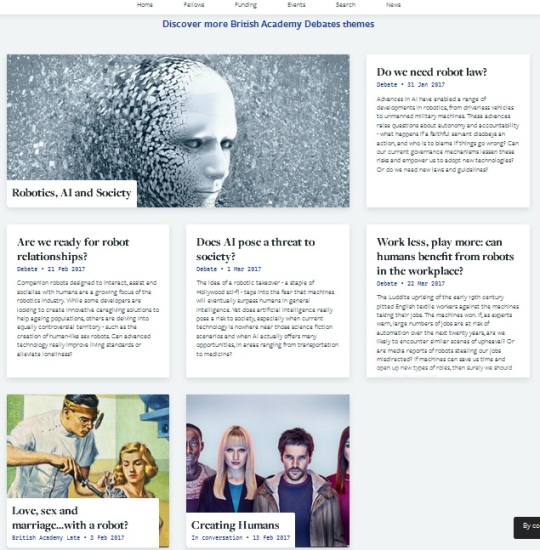